Founded in 2012, “Anchored in a Cure,” was created as a loving memoriam in honoring my son, Andrew Erickson.

Andrew, was diagnosed with Type 1 diabetes at the age of Six.

Andrew grew up understanding his disease, and the limitations it could render upon him, but he continued his life valiantly. He loved his family, and friends, and he loved his life.

Andrew succumbed to a hypoglycemic seizure while sleeping. 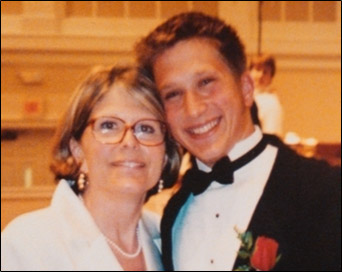 My name is Patricia Erickson and I am the proud mother of 3 extraordinary children. My family is dedicated to honoring the memory of our son and sibling, Andrew Erickson.

After losing my son Andrew in 2012 to diabetes, I felt compelled to create a nonprofit organization, to not only honor my child, but to help fund research dedicated to this disease. I started my foundation in 2012, only 4 months after he passed.

In my role as founder, and Andrew’s Mother, I have had the privilege to work with the Juvenile Diabetes Research Foundation, for over two decades. During this time, I, and many parents like me, have continued to participate in the JDRF One Walk and other diabetes fundraising efforts.

Losing my son was profoundly devastating, but my mission became not to grieve the loss of my beautiful son, but to honor his courage.

I have since dedicated my life to raising money for the fight against diabetes. We have also helped people with diabetes pay for their medical needs, transplants and even a glucose detecting dog.

It is my dream that not one more child will be lost to diabetes, and not one more parent will have to bear the loss of that child.

Anchor your hopes in a cure.

Andrew entered the world with his eyes wide open. A child filled with enthusiasm, he began walking before he was a year old. As he grew, he became fearless and continued to prove his effortless energy by running everywhere he went. There was always one constant, his big heart and compassion.

Andrew’s heart was as vast as his energy. He was always ready with a warm hug and a listening ear.

At the age of Six, Andrew was diagnosed with Type 1 Diabetes. The diagnosis was life changing for the entire family. We learned so much in such little time about how to care for Andrew. Blood sugar counts, insulin injections and appropriate foods became consistent thoughts and spoken words for our family.

Andrew’s diagnosis of Juvenile Diabetes didn’t slow him down. In sixth grade, Andrew became President of the Student Council, and was in the top 10% of his class. He was successful in everything he pursued, and never allowed anything to fall to the wayside. He approached with passion, and excelled at sports and somewhere in midst of taking life very seriously, he had fun, developing lifelong friendships, and discovering beneath a huge smile, was a pure and beautiful singing voice.

Andrew graduated High School, and achieved a scholarship to his dream school, Appalachian State University in Boone, NC. In his sophomore year he switched majors, dropping one only to pick up another to better express his desire to aid others. He had a huge desire to ensure the rights and privileges of the elderly. As a junior, he got a job at a local assisted living facility. In his senior year, he was able to do his internship at the same facility. Upon graduating, Andrew had accomplished every intended goal.

Andrew found the work he loved, and for two years remained in a managerial position. At the age of only 26, he was offered the position of Executive Director of a retirement community, in Eden, NC. Again, he excelled. Loving his independent and heart sharing life. And, one short year later, Andrew was gone.

On April 2, 2012 Andrew did not show up for work…his co-workers drove to his apartment. Andrew had passed away sometime in the evening of a hypoglycemic seizure.

In August of 2012 I dedicated my life to doing everything in my power to raise money for the ultimate cure of diabetes in Andrew’s memory.
Please consider donating to Anchored in a Cure today. If not for Andrew, for someone you know with diabetes. 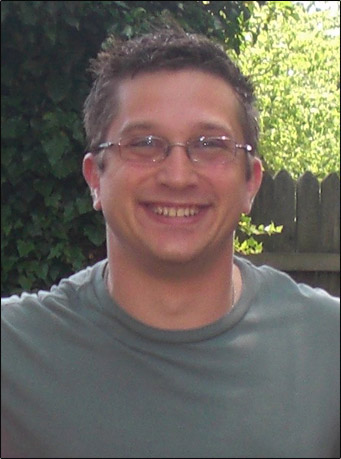 Dedicated to funding research for the treatment, prevention,
and ultimate cure of diabetes.